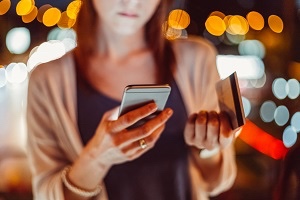 LONDON, England – The Sauber name will be absent from the 2019 Formula 1 grid. Instead, the cars will be emblazoned with the words Alfa Romeo Racing.

It’s all part of a new and extended sponsorship deal for the team that was eighth of the 10 teams in the 2018 Constructors’ championship but it will still be in the independent ownership and management of Frenchman Frederic Vasseur.

Sauber, Reuters reports, debuted as a private team in 1993; it had one win, at the 2008 Canadian GP as the BMW factory team.

Fiat Chrysler’s Alfa Romeo branding will be on the cars, as it has been since 2018, though using Ferrari engines behind drivers Finland’s 2007 World champion Kimi Raikkonen and Italian Antonio Giovinazzi .

Alfa Romeo, Reuters reports, has a strong heritage in F1 with its first two World titles in 1950 and 1951 won by Italian Giuseppe “Nino” Farina and Argentine Juan Manuel Fangio.

Mobile ecommerce jumps, and security steps up its game. See how you can tap into the trends.

Ferrari’s late founder Enzo also started out racing and managing a team for Alfa Romeo, before setting up on his own in the late 1930s.