In the overall standings, the Qatari driver shaved 6min16 off the deficit to race leader Carlos Sainz (another Mini) so is now only 24sec behind the Spaniard.

Toyota said Al-Attiyah/Baumel had predicted a high-speed chase on Stage 9 ”and that’s exactly what happened”. They started 11th on the stage and used the position to his advantage while Sainz lost time through a puncture and navigation problems. This allowed Al-Attiyah and Baumel to close the gap to seconds after 35 hours of racing. 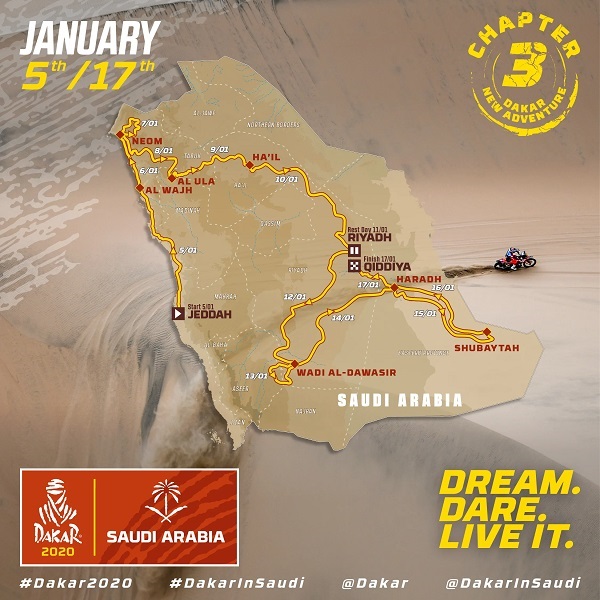 Team-mate Giniel de Villiers said at the day’s bivouac at Haradh: ”The pace at which Nasser and the two Minis are going, is crazy. I don’t know how they’re doing it, but I just hope Nasser can keep it up to the finish.”

Toyota Gazoo’s Fernando Alonso and Marc Coma started second into the stage but had to open the road after front-runner Mathieu Serradori had trouble early in the stage. Coma has had plenty of experience in finding routes but it was all new to  Alonso. Nevertheless he powered through the stage without problems and recorded the ninth-best time for the day, surrendering only 13min03, and moved up to 10th in the overall standings.

This, Gaoo says, makes Alonso the best-performing rookie so far in the 2020 Dakar Rally and puts all four Toyota Gazoo Hilux bakkies in the top 10,

Stage 10 will be the away leg of the feared Marathon Stage which will see the crews race away from the bivouac at Haradh to a smaller overnight camp at Shubaytah, 608km away. The stage includes a timed 534km section but the race crews have to service and repair their own cars at Shubaytah, before taking on the return leg to Haradh on Thursday.

Gazoo team boss Glyn Hall told The Corner from the bivouac: “The Marathon is always a nervous time for us, especially with the front-runners pushing hard. We’ll be holding thumbs here in Haradh as we wait for the cars to reach Shubaytah.

”We’ve made sure the cars are in perfect condition after Stage 9 and the crews will be carrying additional spares to cover as many bases as possible.”

Dakar 2020 is scheduled to finish in the Saudi capital of Riyadh on Friday, January 17, after 12 racing stages.