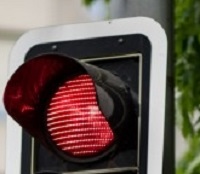 JOHANNESBURG, South Africa – In the days preceding the 2020 Covid-19 lockdown, a number of people left to spend the time with their family or even found themselves stranded at a holiday destination. Now that lockdown is about to be eased the roads between major cities will likely be very busy as people return home.

Even the roads within cities will be busy as people return to work and, eventually, their normal activities. If this applies to you, keep these defensive driving tips in mind as you navigate the roads.

“Whether you’re driving in free-flowing or heavy traffic, keep a safe distance between your vehicle and the one behind you. Should the car in front stop abruptly you will have enough time to stop and, potentially, prevent a chain collision.

“You can estimate the following distance in a simple way. Once the car in front of you passes a fixed mark, – a street sign or distance marker – you should be able to count off three seconds before you pass that same point.

If a car is driving too close behind you, rather move over and let them pass, even if you are not in the ”fast lane” rather than be obstinate and risk your life and finances in the process.”

Assume the worst of every road user. “This is not to say that you should overreact or be paranoid but do not assume that because a traffic light is red oncoming traffic is definitely going to stop or that the cyclist on the side of the road will not fall.

”Double-check intersections, give pedestrians and cyclists a berth of at least three metres, slow if you see animals near the road and have an escape route should something go wrong.

“There have been considerably fewer vehicles on the roads and some areas experienced heavy rainfall during lockdown so you should also be on the lookout for debris in the road, potholes, broken traffic-lights, and overgrown pavements.

”Awareness of your surroundings and understanding how any scenario could go wrong is critical to being able to avoid a crash.”

Don’t take risks In your eagerness to reach home or return to work.

“Speeding, swerving across lanes, tailgating, cutting-off other drivers trying to overtake illegally, or refusing to let faster vehicles overtake increase your chances of being in an accident and reduce your recognition of a potentially dangerous situation.

“Don’ t let eagerness or desperation to reach home override commonsense. Rather take 30 minutes longer on your journey than take risks that could cause you to never reach home.

”Two of the main causes of South Africa’s high road-death rate are reckless driving and disregard for the rules of the road. Don’t survive Covid-19 only to die in a car crash.”

Keep these tips in mind if you plan to head home when lockdown is lifted….

Final word from Herbert: “Let’s not become a road-death statistic as we return to as normal a life as possible.”