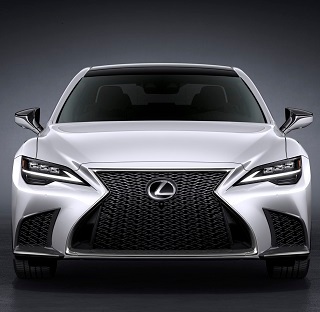 TOKYO, Japan – It might be three decades since the debut of the Lexus LS in 1989 but the luxury brand says it is still on a mission to set standards for top-end automobiles ad indeed here is its latest flagship.

It looks like it has done it again with the introduction of the 2020 model, announced in July as ”setting a new standard for luxury vehicles with levels of luxury, comfort, and serenity”.

Lexus’ chief branding officer and master driver Akio Toyoda says the LS, through all its generations, has – and once again is – ”a model that gives rise to transformation through the spirit of constant innovation and by providing new technologies and value for the times”.

As Lexus’ flagship sedan the LS has, cumulatively, sold 87-million units through its 31 years. This the sixth-generation claims to have built on the coupe silhouette of the previous version (2017) with further-improved comfort, quiet operation, and overall refinement.

”There are also,” the automaker says, ”dynamic improvements dictated by the brand’s Lexus Driving Signature initiative.”

The latest LS also has Lexus Teammate, described as ”the latest in advanced driver assistance technology.”

”We have not only thoroughly honed essential fundamental vehicle performance to achieve levels of assistance that provide occupants with an even higher sense of security,” Lexus sayts, ”but also incorporated artificial intelligence focused on deep learning for predicting and responding to various driving situations.”

The cabin, in addition to the use of a touchscreen for easier operation, is said to have given great attention to  Japanese crafts such as Nishijin brocade and metal-leaf decoration: the result, ”a high-quality cabin atmosphere to match the Lexus flagship”.

Toyota SA’s marketing guru, Glenn Crompton, told The Corner in a media release: “In pursuing high-quality driving performance – the starting point of the LS – the brand has thoroughly addressed every detail of components and control systems related to driving performance, among them quiet ride comfort involving even the internal structure of the tyres, the experience of the ride, and the powerful acceleration.”

The current Lexus LS 500 and F-Sport have a 3.5-litre V6 engine capable of 310kW/600Nm and Lexus plans to extend the local range with the introduction of the new LS.

Lexus Teammate, Toyota SA says, ”greatly improves the fundamental vehicle performance of the new LS, resulting in a further evolution of the high-quality driving experience expected of a brand flagship”.

This translates, The Corner was told, into:

• A new variable suspension system.
• Increased electric assistance during acceleration at often-used driving speeds in the LS 500h.
• Improved initial torque delivery in the LS500 petrol version.
• Improved shift-timing and a wider acceleration range for each gear to use less-frequent downshifts.

Further Teammate highlights, we were told, include lane-keeping and following distance management, and ”fundamental vehicle performance honed so the driver will feel secure in leaving driving to the vehicle”.

”The driver is freed from operation of the accelerator, brakes, and steering,” Lexus says, ”to reduce the burden on the driver on a long journey so more attention can be paid to the vehicle’s surroundings.”

”These advances,” The Corner was told, ”are part of Lexus’ intention to provide a safe and secure mobility experience considerate of people’s sensibilities. This system will appear first in the Japanese market for possible adoption, later in other markets – specifications will vary for each market.”

There will also be some ”subtle” aesthetic changes made to the LS, inside and out, before the cars arrive in South Africa in the first months of 2021.