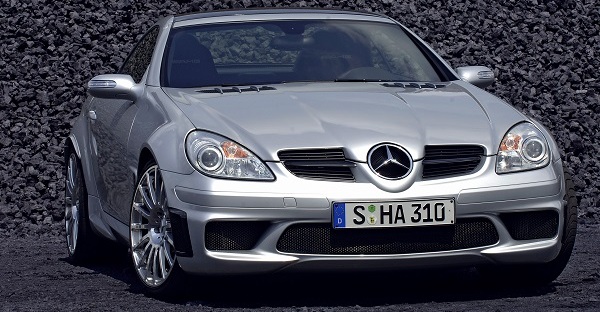 ATLANTA, Georgia – For those who desire – and are wealthy enough! – the best in AMG performance. Few competitors, their builders say, can match the exclusivity, rarity, and track-optimised performance of the AMG Black Series.

Mercedes says one can think of the Black Series as AMG’s most extrovert, most track-focused, most exclusive, limited-production models.

ABOUT TO BE JOINED BY…

The Black family is, however, about to be joined with the launch today (July 14 2020) of a GT Black Series. And, to prepare for the future, Mercedes has meanwhile given Carman’s Corner a look back at the extraordinary models that built the worldwide reputation of this iconic series…

We’ll bring you the new model when we received the feature and images, so..

Developed in the AMG Performance Studio for exclusive models, opened in 2006.
Power train: Hand-crafted AMG 5.5-litre V8 with 400hp, 383 lb-ft torque.
Availability: 2006-2007. Only 120 were assembled but not sold in the US.
Unique enhancements: Retractable hardtop replaced by light fixed unit to help shed 45kg from the standard SLK 5.

Key Facts & Figures:
Power train: Hand-crafted AMG six-litre V12 Biturbo engine capable of with 661hp, 738 lb-ft torque.
Availability: 2009, 350 units produced globally
Unique enhancements: The only body panels shared with the then SL were the doors and external mirror – everything else was unique to the Black Series and replaced with lighter carbon fibre-reinforced plastic panels. The retractable hardtop was fixed, unlike the conventional SL.

C 63 AMG Black Series: The most powerful C-Class so far.

SLS AMG Black Series: The most extreme version of the SLS.

Mercedes-Benz USA, based in Atlanta in the state of Georgia, is responsible for distributing, marketing, and customer service for all Mercedes-Benz products in the United States to offer the most diverse range in the luxury segment with 15 model lines ranging from the sporty A-Class sedan to the flagship S-Class and Mercedes-AMG GT R.