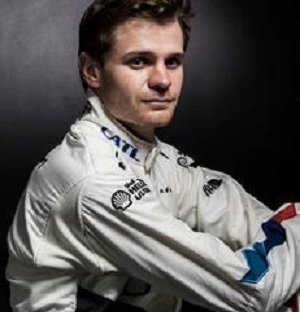 MUNICH, Germany – The 2020 DTM season grid will include two BMW works drivers from South Africa: Sheldon van der Linde and Jonathan Aberdein. The BMW brand has a long history in South Africa and the German automaker says each has been a BMW fan since childhood.

The 2020 DTM season will start in August at Spa-Francorchamps (Belgium) with Van der Linde and Jonathan Aberdein on the grid.

It will be Van der Linde’s second season in a BMW M4 DTM but the first for Aberdein.

The BMW brand has a long history with South Africa: its first plant outside Germany opened in South Africa in 1973 and since then more than a million BMW 3 Series have been assembled near Johannesburg.

BMW also created the BMW 530 MLE in 1976, widely seen as an early step for BMW Motorsport. A racing version of the car won the SA Modified series three times in a row and went on to become the world’s most successful 5 Series on a track.

The Rosslyn plant was in 2018 converted, with a big investment, to produce the BMW X3.

BMW SA also had a special role in the motorsport history of BMW: Nelson Piquet (BRA) won the World championship title in the final Formula 1 race of the 1983 season at Johannesburg’s Kyalami F1 circuit – the first F1 title for BMW and the first for a car with a turbo engine.

Kyalami is also the place with which Van der Linde associates his first memories of BMW. He comes from a family of racing drivers: his father Shaun used to drive BMWs on the Touring Car scene.

“I grew up next to the track from four years old, watching my dad race in a BMW. That’s my first memory of BMW and why I always wanted to become a BMW driver one day.

”My dad was my example.”

That goal was achieved in 2019 season when he joined the BMW squad of works drivers.