JOHANNESBURG, South Africa – Racelogic, a global leader in satellite-supported data-logging for the automotive industry, has introduced a VBox PerformanceBox Touch.

It replaces the VBox PerformanceBox and, as the name suggests, is a key feature of the newcomer is the touchscreen.

Like its predecessor, it is expected to become the anchor product in the brand’s Motorsport range thanks to features that will appeal to a broad audience of car-testers, racers of all persuasions, or anybody interested in recording vehicle movement accurately. 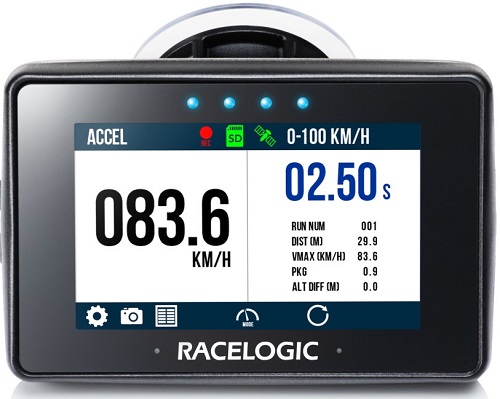 Heinz Böse, VBox Africa’s general mnager, told The Corner: “The original PB, which served for almost a decade, introduced thousands of petrolheads to a simple but accurate way to harvest data on things such as acceleration, braking, and lap times.

“The Touch version is a marked improvement in every way using the now expanded global network of satellite systems and progress made by Racelogic in pairing a tiny antenna on the surface of the planet with those satellites.”

Böse points out that, contrary to popular opinion, GPS is not the correct term to apply to satellites in general – it’s the name of a constellation in the same way as GLONASS (the Russian Federation’s constellation).

”The umbrella term for satellites is GNSS, which stands for Global Network of Satellite Systems and the latest products from VBox use GPS and GLONASS. Each network has at least 24 satellites so the vehicle’s position can be determined very accurately and consistently.

”Data is logged in tenths of a second and processing hardware will prevent signal bounce – such as when a satellite’s incoming signal deflects off a building – from affecting position accuracy.”

The new PB Touch is said to be perfect for straight-line testing and lap timing. The Predictive function shows the driver whether the latest lap was faster or slower than a reference lap.

”This applies not only to the time taken to a given point but also the current speed versus the reference lap.”

As well as providing immediate verification of a performance run or lap time on the 11cm colour screen the PB Touch writes simultaneously to an SD card so information can be analysed later through Racelogic’s Circuit Tools or Vehicle Test Suite software.