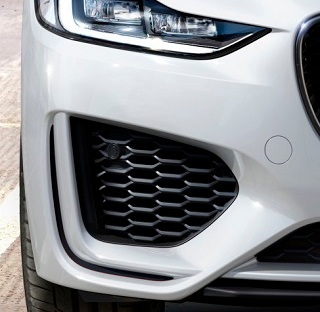 PRETORIA, South Africa – Jaguar’s XE units are being updated with fresh interior furnishings, exterior designs amendments, and new technology and are expected to reach South Africa in the first half of 2021.

Jaguar SA told The Corner that everything from the instrument panel top and console sides to the door armrests and lower cabin will be covered in ”tactile” materials.

Drivers will face a new split-rim steering wheel and elsewhere in the cabin will be found an embossed Jaguar Leaper (the jumping cat logo) in the head restraints while the seats will be clad in a new quilt design.

The XE’s shell was updated when the model was, Jaguar says, extensively updated during 2019 and the 2021 cars will continue with the same wide grille and bumper design – the former in a latticed mesh design – as already attached to the all-electric I-Pace units.

Jaguar says its commitment to strong, but light, vehicles will continue with the XE’s recycled aluminium shell, a process intended to emphasise what Jaguar calls ”our journey to Destination Zero, a world of zero emissions, zero accidents, and zero congestion”.

South African buyers will have a choice of S, R-Dynamic SE and R-Dynamic HSE specification.

The driver’s information centre will have further enhanced graphics and a configurable layout which can include full-screen satnav. ”Working in conjunction with the latest head-up display technology,” Jaguar says, ”gives drivers all the information they need without distraction.”

Pivi Pro has a dedicated power source ready to use as soon as the driver get behind the wheel. ”This is all underpinned by Jaguar’s next-generation electronic vehicle architecture, dubbed EVA 2.0,” Jaguar says, ”which supports further new technology to ensure the ‘future-ready’ vehicle is always connected and up-to-date.”

Pivi Pro connectivity, Jaguar says, is provided by dual-SIM capability with two LTE modems to allow the system to carry out multiple functions at the same time, such as streaming media and downloading SOTA updates, without compromising performance.

A wearable ”activity key” can lock, unlock, and start the Jaguar without the need for the conventional key fob. The rechargeable device is said to include a watch and can last for seven days between charges.

The system also uses an external antenna to improve the smartphone’s signal when being used in the car.

Pivi Pro is will be standard in SE and HSE units, an option on S models. Standard on the S model is Pivi infotainment which supports navigation through the driver’s smartphone using Apple Carplay or Android Auto and the system can handle two phones simultaneously through Bluetooth.

The new XE will be available in South Africa with the next generation Ingenium two-litre, four-cylinder, petrol engine and an eight-speed auto transmission fuelled through a twin-scroll turbocharger.