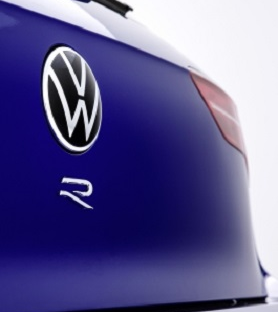 Back then the cars packed a (by today’s standards) modest 184kW, all-wheel drive, and a 0-100km/h time of 6.6sec. VW further reminds: ”It sold three times more than planned and was the first Volkswagen in the world to be available with a dual-clutch auto transmission from mid-2003.”

Since then four more generations of Golf R have been developed from the R32 and now the countdown is ticking for the world premiere of a new Golf R on November 4 2020.

The new Golf R will again be the dynamic flagship of an eighth Golf generation – more agile and more powerful than any previous Golf R; particularly noteworthy will be the innovative 4Motion all-wheel drive with wheel-selective torque control on the rear axle.

The all-wheel drive will be controlled by a vehicle dynamics manager that networked with other chassis systems such as an electronic differential lock and adaptive damping.

”As a result,” VW Germany told The Corner, ”the new Golf will have optimal traction, precise and neutral driving characteristics, a high degree of agility and, ultimately, maximum driving pleasure.

”The engine is the most powerful version of the two-litre turbocharged four-cylinder available. The high-tech direct-injection engine will be characterised by innovative detailed solutions such integration of a water-cooled exhaust gas duct to the turbocharger integrated in the cylinder head and variable valve-timing with dual camshaft adjustment.”

The first Golf R32 with a 3.2-litre six-cylinder engine was the most powerful Golf at the time. The second Golf R32 had its debut in 2005 packing 185kW. Four more years elapsed before, at the 2009 Frankfurt auto show, VW launched a two-litre, four-cylinder, turbo (TSI) engine.

R32 was reduced to just R but the hatchback’s output grew to 192kW; the third generation arrived in 2013 – again at Frankfurt.

Next week, (November 4 2020) Volkswagen says, will redefine the status quo of driving dynamics with the fifth generation Golf R.