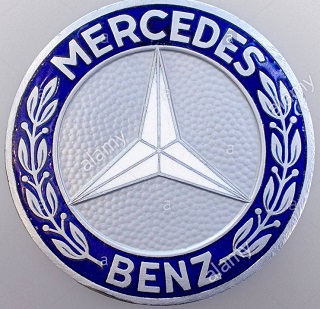 PRETORIA, South Africa – Mercedes-Benz has taken the wraps off its biggest and most luxurious GLA model yet to ensure the ”entry-level” model in the Mercedes SUV’s rounds off its current compact-car generation in style.

The 2020 GLA joining the compact Mercedes takes the family to eight – globally – that covers all bases: three wheelbase specs, front or all-wheel drive, petrol or diesel . Since the GLA’s SA debut in 2014 about a million units have been sold globally.

Johannes Fritz, co-CEO of Mercedes-Benz SA and executive director for Mercedes-Benz SA cars, told The Corner via a media release: “This marks the culmination of a complete renewal of our family of compact cars.

“High demand for our SUVs shows we have the right model for the country. These include two off-road models (the GLB and GLA) which complement each other perfectly: the GLB is the most functional and spacious of our compacts; the new GLA is the sporty lifestyle-orientated model.”

The 2020 GLA, at 1.61m tall, stands more than 10cm taller than its predecessor but 1.5cm shorter on the outside. However the new GLA has a larger cabin which translates to more rear legroom and a larger boot.

The new GLA is also said to be safer than ever thanks to driving assistance systems with ”co-operative” driver support.

Each has a four-cylinder engine, the latest driving assistance systems, and an infotainment system so has, Mercedes says, ”the intuitive operation and strengths of current Mercedes models.

”The engines,” Mercedes says, ”were completely modernised for the new edition of the compact model series so have significantly increased performance and improved efficiency and emissions.

“They also,” Mercedes says, ”combine the best from the two highest-volume segments, the compact cars and the SUVs. The SUVs are a major structural pillar in the Mercedes-Benz product portfolio and now represent the brand’s best-selling segment.”

Selvin Govender, MBSA’s marketingd irector, enlarged: ”To date more than 6.5-million people around the world have opted for a Mercedes-Benz SUV.”

The GLA has ”powerful” overall proportions, with short front/rear overhangs. Powerful shoulders and coupé-like lines of the side windows are said to give the car ”dynamically elegant flair”.

The doors reach over the sills to permit easier entry, keeping the door frames (and the occupants’ clothing) free of dirt and improving impact protection in the event of a side collision.

”All-round protective cladding,” Mercedes says, ”adds structure to the overall proportions and emphasises the vehicle’s off-road character – as do the simulated under-ride guard front and rear.

”The rear lights are in two parts, the reflectors positioned separately in the bumper, to make opening of the tail door easier. As with the other Mercedes SUV’s the radiator grille has distinctive openings – a single louvre and a central star.”

The instrument panel on the driver’s side (image below) is dominated by a free-standing display unit available with two 18cm displays , an 18cm and 25cm display, and, in the Widescreen version, with two 26cm displays.

The passenger side has a cut-out area finished with a trim element and five round air vents with a ” turbine” look. The centre panel in each door flows into the armrest.

The front seats are higher and more upright than earlier versions: ”more typical of an SUV” Mercedes explains. Driver and front passenger sit 140mm higher than in the A Class and 50mm higher than in a B-Class. All-round visibility has also been improved.

The rear seats can be adjusted through 14cm and their backrest is closer to vertical to make boot space for bulky boxes. ”There is,” Mercedes says, ”still plenty of rear room for two people since these backrest variants come with a 40:60 split”.

The rear-seat back rest can be can be split 40:20:40, each section folding individually.

The boot floor is height-adjustable. When the rear backrests are folded down and the load floor is in the upper position, an almost flat loading area extends to the front seats. The floor can be lowered for very bulky items and the cross-member behind the rear seats can be removed.

The GLA even has a pre-car wash function that automatically folds the exterior mirrors, side windows and sunroof. Aircon switches to ”recirculate” and, after a few seconds, the front image from the 360° camera (optional) will displayed the inside of the car wash.

All these settings are automatically deactivated when the car leaves the washbay.

At 1605 and 1606mm (front/rear), the track width is more than four cm wider than the previous model. The bigger wheel arches will accommodate wheel sizes from 17-20 inches.

The models at a glance: