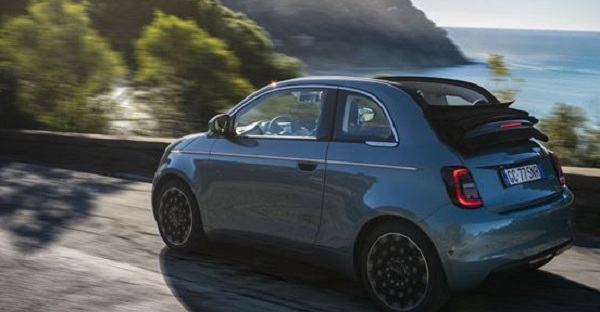 JOHANNESBURG, South Africa – The latest Fiat 500 has scored a double win – one in France, the other in Britain – “Green Car” at the Automobile Awards 2020 and “Car of the Year/Best Small Electric Car”from DrivingElectric.

FCA’s first 100% electric car does, The Corner was told, continue as a true 500 but with a 42kW battery with extended range up to 320km, rising to 450m in city driving, and comes with an 85kW battery charger in Passion and Icon versions.\

FCA says only a five-minute charge will add 50km on the road or a fast charger will require 35 minutes to 80% charged and, in terms of performance, the 87kW electric motor can deliver 150km/h and can reach 100km/h from standstill in nine seconds.

The 500 also claims to be the first car in its segment equipped with Level 2 autonomous driving. FCA’s engineers’ aim was to ”humanise” the technology, by implementing advanced drivig assistance to regain control of a runaway situation which detects if the driver has hands on the steering-wheel.

Lane-keeping and blind-spot coverage are automatic and warn with a red triangle in the relevant external mirror; eleven 360° sensors will provide a drone view – such as manoeuvring in tight situations.\

This the fifth-generation 500 has a UConnect 5 infotainment system with a 19cm screen in Passon models, 26cm in Icon units – with a custom interface and an advanced, hands-free, voice-recognition system.

The New 500 will be distributed in hatchback and cabriolet versions, plus a three-door.